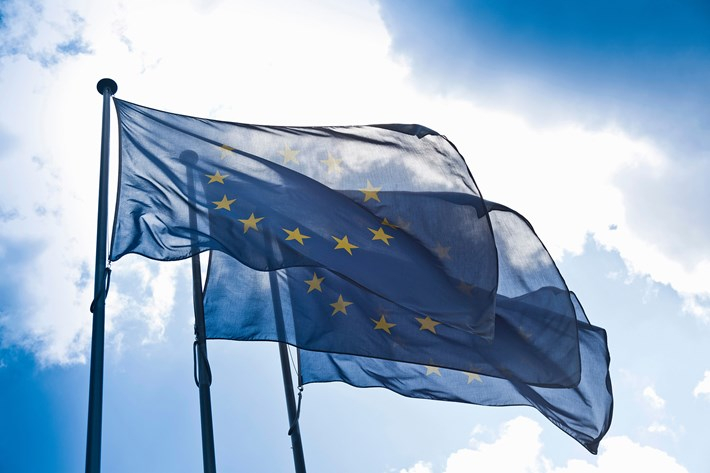 In a previous news-item we highlighted the confused implementation of Article 8 of the European Energy Efficiency Directive (EED), which required businesses to conduct energy audits before December 5th 2015. Although the decree was published in 2012, and should identify cost savings opportunities, it became clear that many European businesses were under-prepared for the implementation of Article 8 last year.

In the UK, where the EED has taken the form of the Energy Savings Opportunity Scheme (ESOS), the Environment Agency announced that around 70% of expected qualified organisations have either complied or intend to comply. Other countries such as France and the Netherlands have seen a less streamlined implementation of Article 8.?

Just recently, the director of De Nederlandsche Bank (DNB), Job Swank, stated that the Netherlands is not going fast enough. “We will have to further reduce the energy consumed in industry, real estate and infrastructure” (Source: NRC.nl).

The EED is a great measure to help spur energy efficiency in our economy. Awakened by an official publication of the Dutch government in July 2015 about the nearing deadline, companies ‘en mass’ contacted the Dutch Enterprise Agency with requests for clarification and an extension of the deadline.

Eurbanlab conducted a compliance management market analysis in the Netherlands in collaboration with Longevity Partners, an energy advisory business based in central London but ensuring EED compliance for large businesses in the Netherlands. In January 2016, only two out of ten companies we talked to have undertaken, or will undertake, energy audits ahead of their peers.

Following these signals from the market, Eurbanlab visited the Dutch ENSOC conference called “How to proceed with EED?” on February 29th. With presentations from the national government, business and industry representatives and energy consultants, the conference provided an overview of current developments and issues which we have summarized below.

Overall, the participants of the conference concluded that there is an inherent lack of necessity and urgency amongst the Dutch enterprises to engage in energy saving measures under the European Energy Directive. A lack of communication, proliferation of regulations and vague guidelines are mainly to blame.?

Differences between the Environment Agencies?

There has been little – and more importantly late – communication on the implementation of Article 8 to notify Dutch companies on what they should do to ensure compliance and more importantly on the benefits of the audits. The Netherlands’ EED enforcement management is split across 29 different Environment Agencies (EAs), which represent different regions. Not only the companies, but also the EAs were informed about the compliance requirements only 6 months before the compliance deadline.

Especially for companies with multiple sites, the number of Environment Agencies was a source of confusion, as it was unclear which EA needed to be approached. During the conference it was agreed that the EA of the region where the main office of the company is located should have the lead in the compliance process. However, this is not agreed at the national level and needs to be clarified by the Government as soon as possible.

It is also still unclear how much freedom each independent EA has. All EAs can determine whether or not audit reports are EED compliant or not. There is a guideline to determine the quality of audit reports, but this is merely a voluntary guideline. This means that compliance enforcement will not be equally managed from a city to another and some regions might impose much stricter compliance requirements than others. Environment Agencies with employees that have a background in sustainability and/or energy are likely to be stricter in their assessment of the report. Additionally, Dutch companies have already identified enforcement differences between the different EAs.

We know how to do it – there is after all no lack of legal frameworks and mechanisms – but still we don’t do it. As required by law, companies are required to invest in energy saving measures with a return on investment within five years. Due to a lack of enforcement, companies (with a few exceptions) largely ignore this regulation; resulting in high energy bills to Dutch businesses and increased carbon emissions.

At the ENSOC conference, the launch of a new national certification scheme was mentioned several times as the panacea for the proliferation of regulations, guidelines and certification schemes. With the launch of, yet another certification scheme, the Dutch government hopes to provide an extra boost to energy savings in the Netherlands. The “EPK” (Energy Performance Certification in Dutch) involves a periodic inspection of the energy performance of a company. Through external inspection, the government hopes that companies will adhere to energy saving measures depicted under the Environmental Management Act. Several pilot projects were instigated between 2014-2015.

More information about the EPK can be found here.

There will be a national portal for the next EED compliance phase to ensure the compliance process is more efficient.?Audit reports can then be submitted online to the relevant environment agencies.

The system in the Netherlands is different from other countries where EAs are actively pursuing companies for compliance. In the Netherlands the responsibility lies with the companies to contact their local EA and submit their audit report on time. Although this should give EAs more time to determine non-compliance in their region, a lack of motivation and enforcement slows the process down.

?The responsibility for EED compliance lies with the entity that runs the business, not necessarily the building owner. However, the different EAs might interpret this differently and this should be clarified by the Government to the EAs as soon as possible.

?The Dutch Enterprise Organisation, who manages the transposition of the EED, warned businesses and energy consultants at the conference that there are large differences in the quality of audit reports that have been submitted. Moreover, the price that is paid for external energy audits varies greatly. The Dutch Enterprise Organisation mentioned that the costs for an audit shouldn’t be more that 10% of the energy bill and that energy savings of 20-40% can be sought. This means that the audit costs can be offset by implementing energy efficiency measures recommended in the report. Longevity Partners has extensive experience in ensuring EED compliance at European level and can assist your business nationally.

The EED states that constitute a share of the energy consumed in overall operations, transportation systems within or related to an enterprise shall also be included in the energy audit of the company. However, the reports sent to the EAs show that most energy consultants do not know how to assess this part of the requirement. Many of the reports were therefore sent back to the company to improve the assessment of transport related energy consumption. Our EED experts can provide you with further information on transportation.

“Ratified measures” are not included in the audit reports?

Since 2008, companies and organisations are legally bound to implement energy saving measures with a payback period of less than five years. Under the Environmental Management Act, the Dutch Government has provided a list with “ratified measures” with short payback periods to make it easier for companies to take actions. Surprisingly, the EAs announced that few of the audit reports included this list of measures.

Although the Dutch government is not allowed to formally extend the deadline for the energy audits, there is an agreement to move the compliance deadline to June 1st 2016. Given that all EAs have various enforcement requirements and rules, it is likely that the deadline extension only applies to a selection of EAs or to companies that have requested an official appeal for delay. As a minimum, it is highly recommended businesses start contacting their local EA to let them know they are in the process of ensuring compliance.

Non-compliant companies will face a fine that lies somewhere between €3000 and 10% of the yearly energy bill multiplied by a factor of 1.5. For large businesses, this fine can reach one million Euros and non-compliance would also lead to reputational risks in a country where sea level rise linked to climate change is very close to people’s home.

Sustainability is no longer an option for rich businesses; it is key to the survival of the business. This is a good opportunity to reduce the impact businesses have on global climate change and ensure operational longevity.