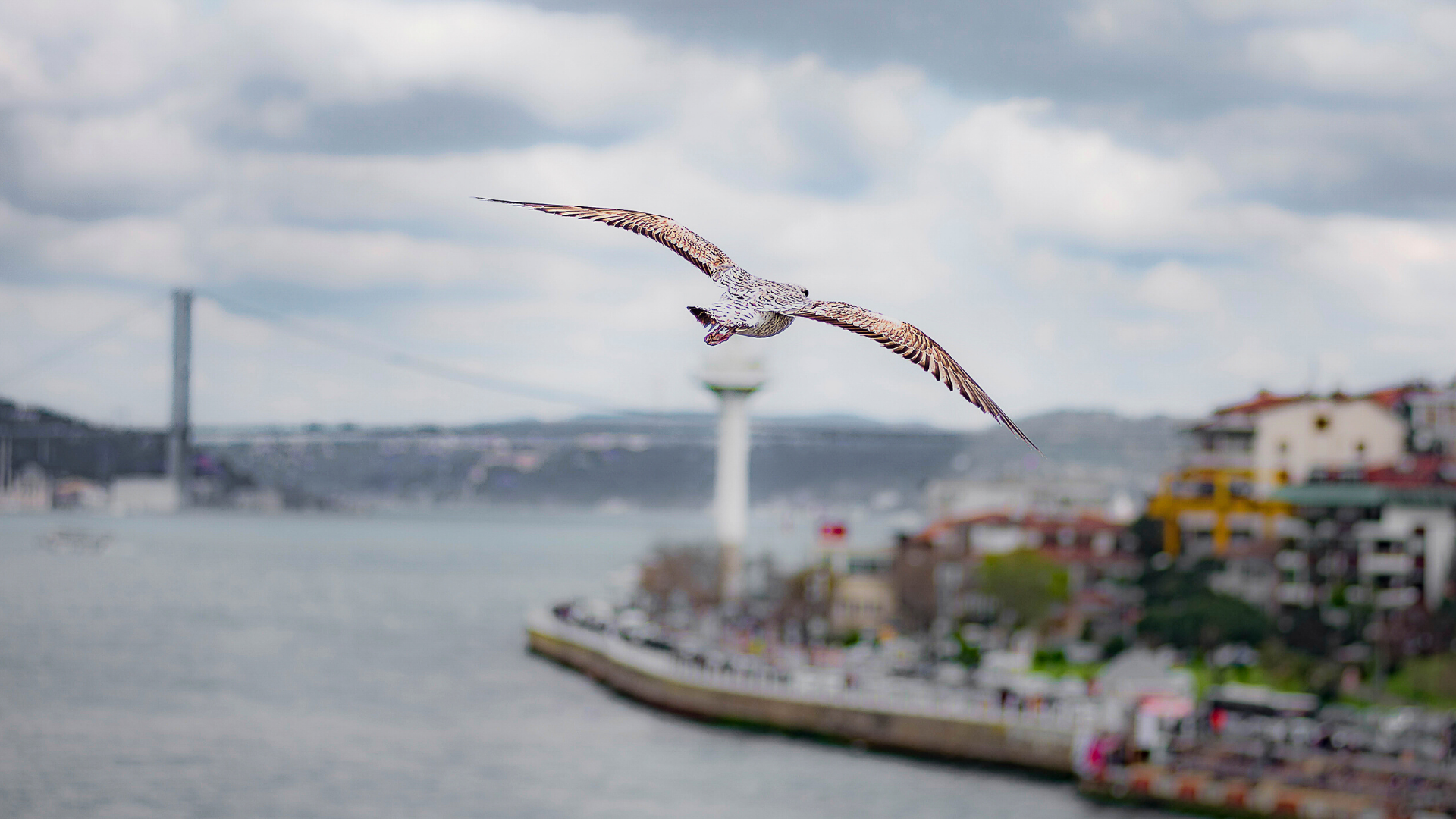 In 2009, for the first time in human history, more than half of the world population lived in cities. According to United Nations forecasts, the number of city dwellers is expected to increase by 72% by 2050 to reach 6.3 billion and represent 67% of the world population. The urban population will then be equivalent to the world population in 2002. The harmful consequences of urbanization on ecosystems that are so precious to mankind have led to an urgent need for the development of more sustainable cities.

The very first cities developed around 12,000 years ago, when men settled due to the rise of agriculture. Since then, some animal and plant populations have adapted to human presence, others have become extinct. In spite of everything, a certain plant and animal diversity was maintained. Until the beginning of the 19th century, wolves, bears and raptors were still well represented as they benefited from cities’ permeability, allowing them to feed on household waste. (1)

With the industrial revolution, the influx of workers and the first cars, urban conditions have dramatically deteriorated. Their perpetual extension contributed to the disappearance of many habitats for fauna and flora.

However, studies have been carried out to observe the adaptations of Biodiversity to the constraints imposed by men. Surprising strategies have been discovered. Let's start with a well-known example of the Peppered moth (Biston betularia). This small, light-colored butterfly living on white birches’ bark was perfectly adapted to its environment. However during the industrial revolution, the massive use of coal, notably steam engines, blackened the bark of these trees. The white butterflies then became an easy prey. A mutation, towards a dark color and representing a small percentage of the population then found itself with a competitive advantage: they were more discreet. Natural selection, described by a certain Charles Darwin, then did its work, and the black-colored phenotype (gene expression) butterflies found themselves in numerical superiority.

Genetic adaptations sometimes occur in plants. The holy hawksbeard (Crépis santa), a yellow flower of about ten centimeters which can be found throughout France, has managed to adapt to small flower beds in cities. Unlike individuals of the same species which uses anemochory (dissemination of its seeds by the wind) in an open environment, this flower does it through the means of heavy seeds. These fall directly into the flowerbeds, therefore allowing to keep the species alive in the city and increasing the chances of landing on non-waterproofed areas. (2)

Other particularities can be observed, for instance, moths of the same species living in urban areas are 20% less likely to be attracted to light. We think about species of small fish, capable of resisting an environment with a high concentration of heavy metals, in port cities’ waters.

All these phenomena are linked to hereditary adaptations to urban life, themselves linked to the process of natural selection. These processes could even lead to the appearance of new, specialized species in urban areas (3) with changes in morphology (shape, color), physiology (adaptation to urban pollution) and behavior (non-attraction to light).

However, it must be kept in mind that these changes occur on an extremely large time-scale and that most of biodiversity does not possess the capacity to adapt over such a short period (slow-growing species, late reproduction). Pollution, soil sealing and climate change are causing a massive collapse of biodiversity. This is happening on such a scale that it is considered to be the 6th greater mass extinction that our planet has endured.

It is therefore crucial to surround ourselves with the right people in order to be certain that such issues will be taken into account at the beginning of new construction projects. Longevity Partners defines a set of recommendations as early as urban projects’ design phase. The aim is to limit footprint and light pollution as much as possible and to include as many features as possible which will accommodate flora and fauna. It also takes into account ‘grey biodiversity’ (the combination of positive and negative impacts on biodiversity over the entire life cycle of a material or product) (4).